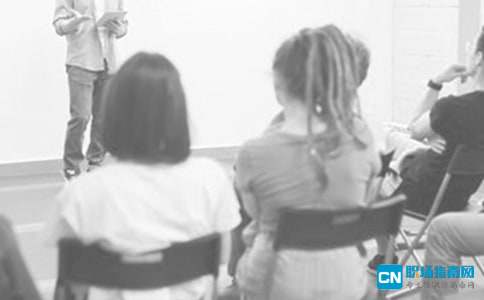 At the request of University of Denver, my student in Zhengzhou 19th High School, I’m providing this reference, which I hope can be useful for you to review her application to your undergraduate program.

I have been the Chinese teacher and class director in Zhengzhou 19th High School for more than ten years. We are one of the most famous and high-quality high schools in the whole city, the faculties in our school are all renowned and highly-experienced. Though I’m relatively young in the school, I have lots of experience in Chinese teaching and student managing. I have been titled the outstanding young teacher and class-director by school and city.

Yadi Wang came to my class in September 20xx, the semester she entered our school. I know she is talent in music. She used to performance flute in our school activities, such as in talent show. In 20xx, she passed the high level test of FLUTE LEVEL 8. She loves music that is all her classmates and school teachers know.

YADI WANG had special leadership and friendship in my class. Once we were about to take part in our school’s drama festival. We were supposed to play a Chinese traditional drama –BAIMAONU. I analyzed some key plots and roles of this drama to my students, and then left all the other works to their own. YADI WANG was in charge of the directing and casting. It was not an easy job as it may sound. The enthusiasm made everybody ask for the leading roles, but no one was willing to take these minor ones. So YADI WANG decided to run an audition. Combined the performance in the audition and students’ actual characteristics, YADI WANG assigned everyone the most suitable role. And then, she divided the crew into several groups. Different groups rehearsed in different places at the same time. And the leading actors were the strings to connect these groups into a collectivity. Through this way, it saved lots of time, which was the scarcest thing to middle school students, to get everybody into his role. And before the final performance, she just needed to call all the actors together for a preview for once or twice. She has done even better than I had expected.

Another time was in a seminar, we ran a debate competition about teacher’s professional ethics. YADI WANG was the leading debater of the con side. During the debate, she showed her wide knowledge and eloquence. She used lots of proverbs, history figures and examples to support her stand, and every word of her was incisive to get to the point, and also full of humors. Her performance won both her teammates and opponents’ admiration.

Her positivity and versatility also can be found in many other aspects. She is ours school’s famous piano player who is always invited to play in many occasions. She knows the traditional skill of calligraphy writing, which she has been practicing from very small. During weekends or vacations, the “Holiday Working Team” she leads can always be found doing many community services. Normally, in order to get more students to participate in class’s management, the student cadre will change every semester or two, by student vote. But Yadi Wang has won all the elections by now, so she continued to be the monitor from the beginning of our class to today, and very likely to the graduation. All her classmates have approbated her ability, characteristics and performance. She is already a model in the class.

In this reference, I didn’t mention much about Yadi Wang’s grade, which I believe you can easily find was so outstanding from her transcripts and her ranking (25th out of 1560 students), because I’d like to give you something that you cannot find from these documents but I think is equally important to contribute to her excellence. I do hope, according to my recommendation, you could give her a favorable review. Thank you! Please feel free to contact me.

At the request of Mr. Xizhen Chen, my former student in the Department of Computer Science, Beijing Univ. of Sciences, I am glad to write this letter furnishing my evaluation ofhis academic aptitude for your reference. Mr. Chen is interested in your graduate program in Computer Science.I came to know him in September 1987 when Mr. Chen enrolled in my class on FORTRAN IV Programming, a three semesters’ course.In the class he was one of the most outstanding students. At the semester final he earned a high grade of 81, which should be "A" according to our grading system. I also ound him good at other studies.After the class, he had personal talks with me several times. He indicated a great interest in computer hardware, In my opinion, Mr. Chen has a potential in Computer Science, which can be further developed.In view of his previous achievements in this College, I am firmly convinced that Mr. Chen will make a successful graduate student. Your favorable consideration of his admission will be highly appreciated.